Well another weekend has come and gone.

I spent Saturday morning relaxing and watching the truck race before heading down to Shelby's. We spent awhile trying to do the wedding invitations until we realized it would be much easier and look much better if we had them sent to a print shop. There are just too many cards to have to feed through the regular printer and the quality just wasn't good enough. So today I will be working on that. Instead, we just hung out at their house and had a BBQ. A guy on Jeff's crew and his wife and kids came over and he brought a fish that he caught in Canada. He also made his famous bacon wrapped halibut. I am not a seafood fan at all, but I tried a little bit and it was okay. Chicken was fine for me :) We had a nice time just hanging out, listening to music and sharing stories.

Sunday turned in to a full race day since both the Cup and Nationwide races were called off due to the tropical storm on the East Coast. I love when the races are on Sunday, not that I watch the entire thing, but it gives me something to listen to as I'm doing other things. I ended up cleaning out my closet for the millionth time, and re-organizing my craft supplies. I also did some laundry and then decided that I wanted to head to Target. I roamed around there for a while and got a few things and then headed to the grocery store to get the ingredients to make Zucchini bread! I have felt so bad for not using my Kitchen aid yet and I was determined to do it. Let me tell you, baking is WAY easier with the Kitchen aid :) It felt like cheating actually because my arms weren't sore by the end of the night. I made 5 mini loaves and used a recipe from Paula Deen, oh how I love her. 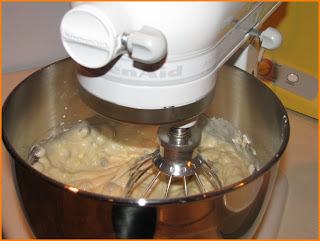 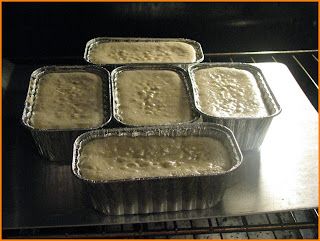 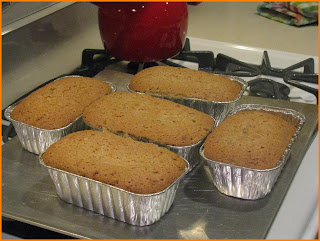 I plan to use it again tonight to make some birthday cupcakes for one of our employees daughters, Elizabeth, who turns 9 tomorrow.

I ended my night by watching 'Definitely, Maybe'. It was such a cute movie that surprised me in the end. Very heart warming :)

I also received this picture from Lynsie yesterday, of the Zach man driving around in his walker :) I can't believe he isn't even 3 months yet and he's already that strong. He is such a cute baby! 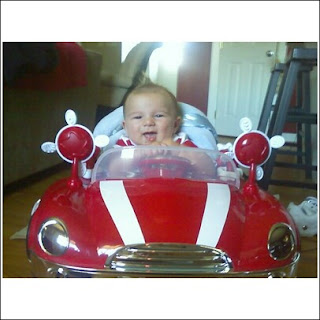 Now I'm just awaiting the news that Baby Seth has arrived safe and sound. I got an update at 7:30 this morning that Becca was at the hospital and doing well so hopefully it will be soon :)