Today is my sweet friend Stevie's 22nd birthday! Stevie and I have a lot of things in common. We both love to shop, love racing, love to cook, scrapbook, laugh, take pictures, go to concerts..you name it. When we first heard that Lady Antebellum was coming to Seattle, we both said that we were definitely going to see them. I think the concert snuck up on us because on Sunday we didn't have tickets and didn't have plans to get them. Until my brain started to think...hmmm, it is her birthday on Tuesday and how cool would that be to surprise her with tickets? I texted her to make sure she was available Monday night and when she said that she was, I told her I would pick her up at 4:30 and all I would tell her was that we were going downtown Seattle...I got online and was still able to find some AWESOME tickets.
I picked her up last night and couldn't wait until 7:30 to tell her so I gave her a card that told her we were going to Lady A. She was sooooo excited, to say the least :) We went to one of our favorite restaurants, The Cheesecake Factory first and then headed over to the Wamu Theatre.
We had such a great time! We were so close to the stage and sang pretty much every song. I would definitely see them again, especially in a venue like the Wamu Theatre. That is my idea of the perfect concert setting. Very intimate feeling. And there is just something about going to a concert that is magical to me. I can hear the same songs on the radio and like them, but when I am seeing and hearing them performed with my own eyes, I love the songs that much more. 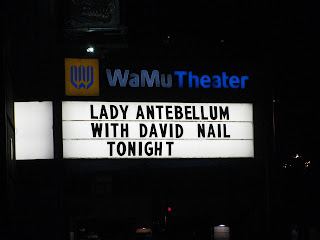 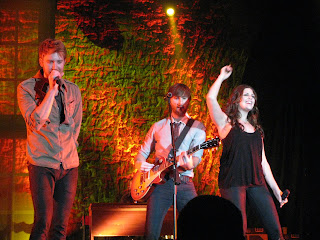 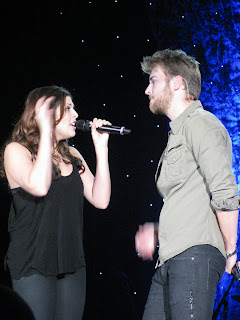 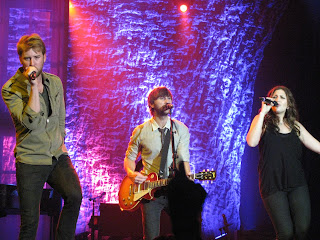 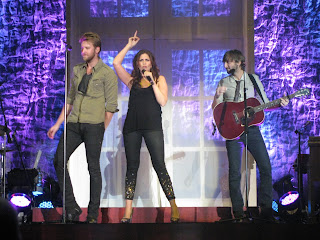 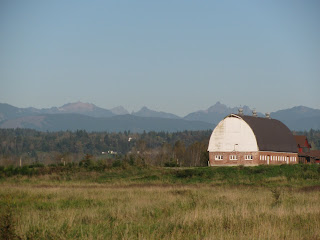 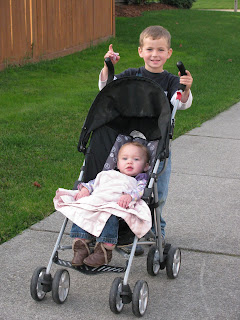 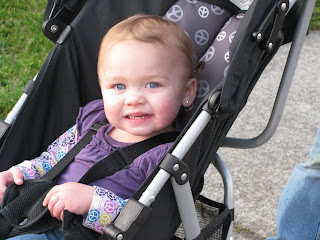 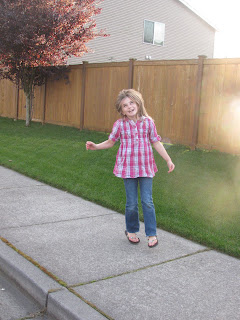 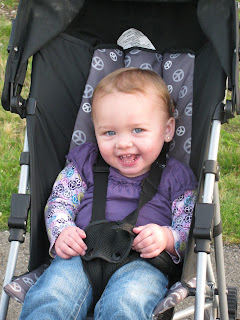 Sunshine on your shoulders. Sweet smiling faces. Beautiful mountains. Crisp air. Yep, these are the fall days that I love so much.

Something I do everyday, is visit my favorite blogs. On occasion, I stumble across a new one to obsess over. That happened Saturday. And from that new blog, came another new blog, with this post. I think this woman is amazing. Or maybe she's insane? But probably, a good mix of both. I mean you would have to be a little crazy to take on that project..or just inspired maybe? Either way, I love the end result. I loved it so much that I had to find something to paint. I had just the perfect thing. My scrapbook cabinet. I got it from Ikea last year and I really do love it. It holds all of my scrapbook and craft supplies...(that I barely ever use, but shhh), it's cute and I love the color of it. So why not make it cuter, and love it even more? Well, I did just that on Sunday. 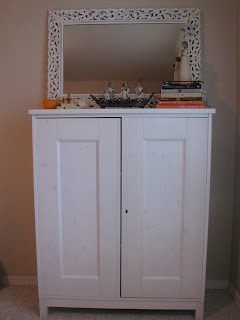 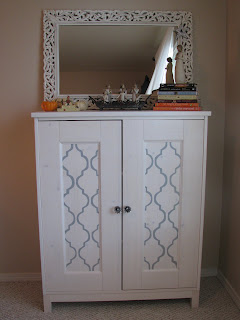 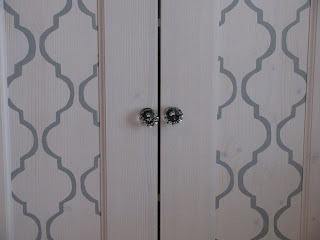 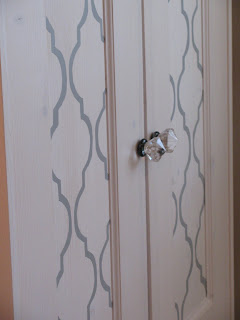 I love the end result. No, I really really LOVE it. It makes me so happy to look at. I can't believe that I did something that looks so cute. I read a few tutorials on doing this kind of project. One lady said, "your going to be up close painting it and your going to think, man this looks terrible. But just step back and you will love it". I have to agree with that. Of course it's not going to be perfect because your basically free hand painting a stencil. Not to bad for a project I had never planned on doing.

For the past several weeks, I have been doing a weekly meal plan. I find that it is so convenient to plan ahead, shop once a week and not have to think about the dreaded question, "what's for dinner?". I am gone many weekends, but generally home during the week days and have loved having my 'plan'. So here is this weeks menu:
Monday:
Pot Roast with carrots & baby reds
Garlic bread
Tuesday:
Ritz baked Chicken
Asparagus
Garden Salad
Wednesday:
Teresa's Farfalle Con Piselli
French Bread
Thursday:
Taco Salad
Friday:
Birthday dinner.

While visiting Bakerella's blog today, I stumbled across a post about this: 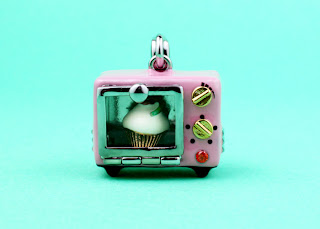 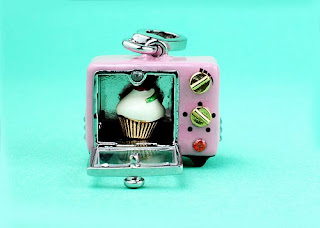 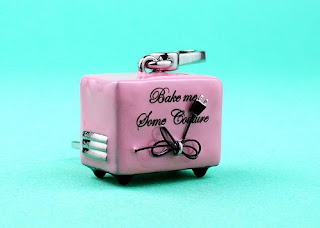 Quite possibly, one of the cutest things I've ever seen. A charm, that is a mini oven, cooking a cupcake! I want this. No. I NEED this.