Where did the weekend go?

So I've been slacking on here, but not because I haven't wanted to write, I just haven't been home! I had a great weekend though and it was basically non stop since Friday. Kevin, Mandi and Grace Hamlin were in town since they didn't come home at Christmas time. We had planned to all go out Friday night in Snohomish so Jay and his friend Jeremy came up and so did Jenny. We all went to this bar in Snohomish and had a great time having some drinks, visiting with Kev and Mandi and taking lots of pictures. It was fun to go out with them. 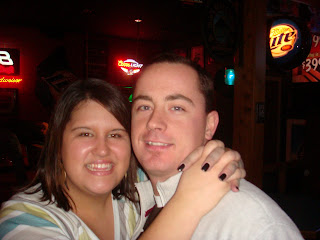 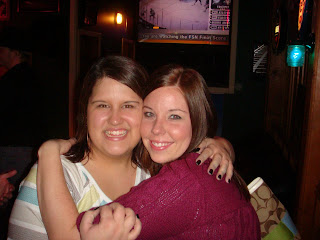 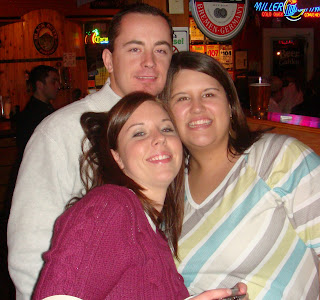 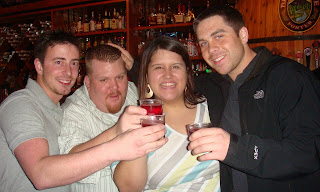 Saturday afternoon everyone was invited over to Mandi's moms to see the baby and visit. I brought Campbell with me and she was so excited to see the baby, she just stood and watched her and every so often she would rub her leg. It was so sweet to watch. Grace has grown so much in a month, it's hard to believe!
After we left the Hamlin's, I took Campbell to the Olive Garden for dinner and that was fun. She was so good all weekend!
Sunday morning I got up and headed up to Shane and Shae's for the night. Shae's mom Pam was up for the weekend so we went to lunch, did a little shopping, built a dresser, and then just made dinner and hung out. Monday we just relaxed and eventually went shopping. It was the most beautiful day. It was really cold, but there were clear blue skies and you could see the snow capped mountains all around. They have the best scrapbook store that I have ever been to in Langley so we went there. I got tons of new stuff, mostly paper. After that we went to Walmart and then had lunch and then when we got back I headed home. I stopped at the Carter's outlet in Burlington. With a couple preggo friends, I need to start shopping now :)
I love when Monday's are a holiday because it makes the rest of the week fly by. I'm getting ready to watch the season finale of The Real Desperate housewives of the Orange County and I cant believe it's already going to be over.
This weekend will be another fun one with the ASA NW Tour banquet which means a trip over the mountains! Hopefully the snow will hold off until after I'm over the pass!
It was absolutely gorgeous outside today, even though it was only about 32 degrees all day, it still made it hard to be inside working when it was so pretty outside. The rest of the week is supposed to be the same so that will be a nice change from all the rain we have gotten lately.
I hope everyone had a wonderful weekend and a great week ahead!