Where does the time go?

Well, I am alive! I can't believe it has been so long since I have posted. 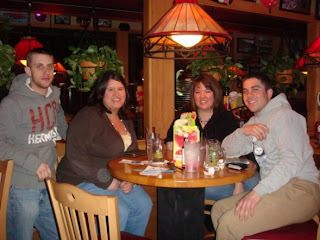 Jennifer came to visit from North Carolina last week and we were busy! She flew in Wednesday night and as Jay and I were on the way to the airport, it was snowing like crazy! Yes I said snowing, at the end of March..complete craziness! We haven't seen snow since December, and now all the sudden, there is snow. It was actually quite funny since Jenn was leaving 80 degree weather to come to snow :)
Thursday we got up and went to get pedicures which was nice and relaxing and then we had lunch at a mexican resturaunt in Woodinville and then headed down to the University district to pick up Jay's friend Ryon that had gotten a ride over from WSU. We took him to Puyallup and hung out at Jay's for a bit and then we all went to dinner at Sakura's, a Japanese steakhouse in Tacoma. It's the type where the cook right in front of you and Mike, Susi and Jay have been going there for nearly 20 years. We had a good dinner and then headed to a piano bar in Tacoma called Chopstix. Jay's friend Brett was celebrating his birthday that night and we all helped him. It was a good time.
Friday we went to Dick's for lunch, finally something they dont have on the East coast! Jenn liked it and said it was kind of like In n Out.
We headed to Seattle where we went shopping at a few stores and then checked in at our hotel. We stayed at the Westin in Seattle since we were planning to go out Friday night. 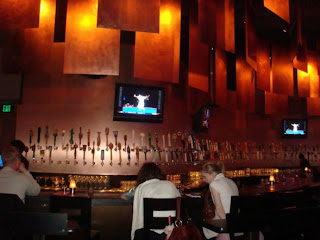 Jenn and I had dinner at the Taphouse Grill in Seattle, where they feature 160 taps of beer on the wall. That was pretty cool to see. We had the Filet Mignon and it was wonderful. 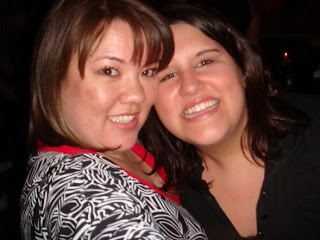 Jay, Brett and Ryon arrived and then we went to The Last Supper club for drinks and dancing. It was a fun night!


Saturday we got up and had lunch at Lowell's in the Pike Place Market. It was right on the water and it was a pretty view. After lunch we walked the market, watched the fish throwers and just took in the scene. It really is a neat area around there. I got some beautiful Tulips, I just love this time of the year since they are my absolute favorite. The colors were so pretty! 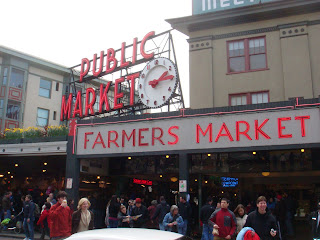 After shopping around there Jenn and I headed back to Monroe to take a nap and then get ready to go to the race in Monroe. We got all ready to go and were heading out the door when Shae called to say they had just cancelled the race. It was starting to rain! Bummer. So we headed down to the track to say hi to a few friends and then went to Red Robin with the Saul's. By the time we left dinner, it was snowing pretty hard and sticking too.
We decided to head to Tacoma to a bar that Jay always goes to, The Swiss. It was so packed in there and we were all so tired and warn out. We didnt stay too long before going home.
Sunday Jenn, Campbell and I headed down to Southcenter to have lunch at Famous Dave's. Mike, Susi and Jay were going to meet us, but they were trying to help Jay pack for San Diego and his plane left at 2:55, so they didnt have time to have lunch with us. They stopped by to say goodbye though. I can't believe Jay is going to be gone for the next 3 months, that is a long time!
Sunday afternoon, Jenn and I went shopping in Bellevue to the Container store and to The Paper Source..Im in love with that store! Im not sure if it's a good thing or bad thing that I know it's there now. Well let's just say I've already been back once and I see several more trips in the near future :)
Sunday evening Budah met up with us and we rode to Puyallup to have dinner with Shelby. We went to a place called The Rock and had a good time visiting. After dinner we went to Coldstone and then headed back to Monroe. I was coming down with a cold and was not feeling well at all.
Monday was Jenn's last day here and we got up and got ready and headed to the Snohomish Pie Company, a favorite place of mine. After lunch we went to a few shops in Snohomish, I love shopping there.
Our next stop was Wallingford where we visited Trophy Cupcakes. It is about the cutest place you could ever imagine. In fact, they are going to be on Martha Stewart today and then tonight they are having a party to celebrate with free cupcakes. They make some darling creations! 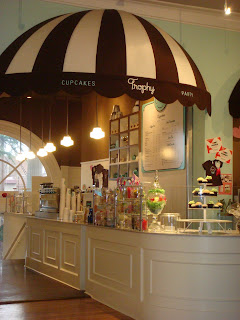 The Space needle was our next stop. I had brought Campbell with us and she was so excited she could hardly stand it. She loved going up there and she wasnt even scared. I have a huge fear of heights, but surprisingly, I wasnt really scared. I think it was because I didnt look straight down, but I didnt get too close to the railing either. I made sure Campbell stuck right by me! 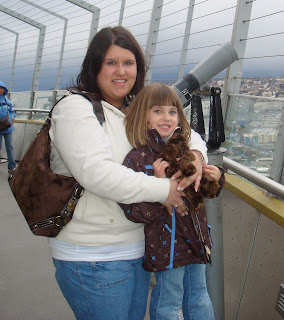 Our last stop in Seattle was to Anthony's on the waterfront for a seafood dinner for Jenn. Donny and Budah met us there and we had a good time visiting with them and Campbell loved watching the ferrys coming in and out of dock and the planes getting ready to land at Seatac. 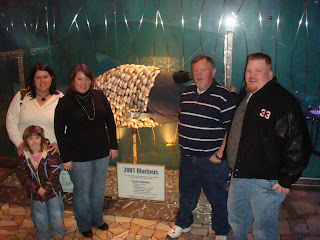 We dropped Jenn off at the airport around 8:30 and then headed home. We were all warn out but we had a good time!

What a fun visit! Trophy Cupcakes is on my list of To DO's next time I venture over the mountains.

It looks like you guys had a good time! -Miss ya