Friday night, Rachel and I had planned to have dinner and drinks and we did just that. We went to the Starlight in Ellensburg and had a great time chatting and sharing some great wine. Travis, Todd and Zach joined us later on and we enjoyed the rest of the night with them. It's exactly what I needed. A great night out with some great friends and lots of laughs! 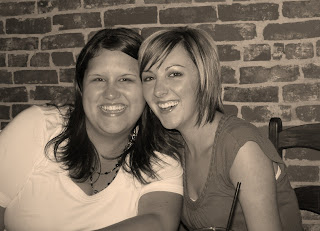 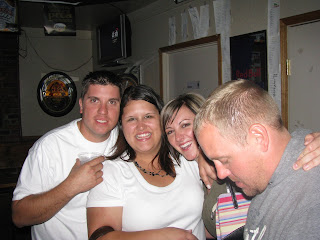 Saturday afternoon I drove to Wenatchee for Jay's race. Are you ready for the hard luck story of the week? Well here goes. When I got there, they had the heads off of his motor..not a good sign. Apparently his car had sounded like it was missing during practice. Jay's crew chief Shay, built the motor so he was trying to figure out what was wrong. He did a few things and put the heads back on. Jay qualified 3rd which was awesome. His car looked great on the track. There was an 8 car invert, so Jay started on the outside of row 3. In the first few laps, the outside line had taken off and Jay was comfortably following Gary Lewis in 3rd. All was well, until lap 35 that is. Jay went out of turn 2 and I heard a loud pop and his car slowed. By the time he got back to turn 1, he had shut the car off. I went down to find out what happened and his distributor wires had melted together! It's just always something. I know every racer has years like these where nothing can just seem to go right, but it's real hard to remember that at the time. It seems like Jay has had a couple of years like this. Racing is so much work and time and money. It is all worth it when things are going well, but when they are not, it gets tough to remember why we do this. Thankfully Jay has a great attitude. No matter if he wins or finishes last, he still has a smile on his face at the end of the night. 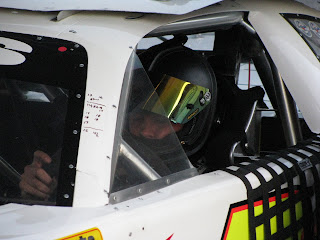