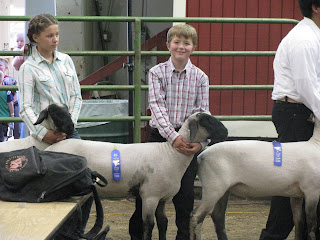 Friday morning I headed over to Ellensburg for the long holiday weekend. When I got there, Becca and I headed to the Fair where her brother Logan was selling one of his lambs at the animal auction. He has been raising them for a few months now as part of the 4-H club and the fair was the big weekend to show and sell them. It was an actual auction with lots of local business owners that come and bid on the kids pigs, lambs and steers. It was really interesting to me and funny to listen to the auctioneers. Who really knows what they say? I was trying to figure it out, but they talk way too fast! Logan's lamb was 133 lbs. and sold for $4.50 a lb! I think he was pretty happy with that.

After the fair we met at Travis and Rachel's to get ready for the Rodeo. We had a good time behind the chutes and then headed to our seats to watch. I've never watched a whole rodeo and it was pretty neat. I like the bull riding the best, those guys are crazy!

Saturday morning I got ready and met Breanne in town to pick up Campbell. We met Rachel, Becca and the whole family on Main St. where they had their spot saved for the parade. Campbell had never been to one before and loved getting the candy, although she was pretty shy about running out to the street with the other kids :) It was so cold with that wind! 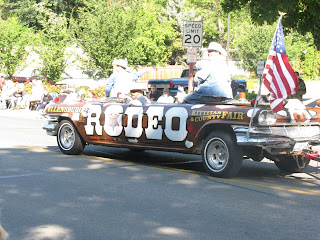 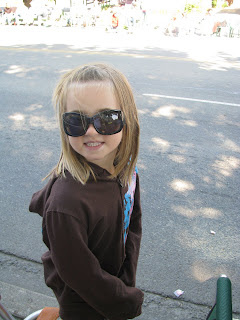 After the parade, we hung out at Travis & Rachel's for awhile and then we went to the fair to watch Logan show his other lamb. It was interesting to watch and Logan did a great job showing his lamb. Dailey was having a great time sitting on Landon's lap and having her sucker. She loves people around and has the cutest little smile :) 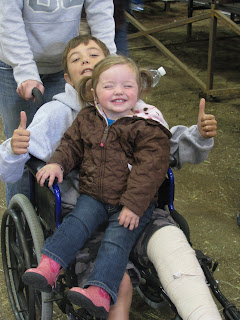 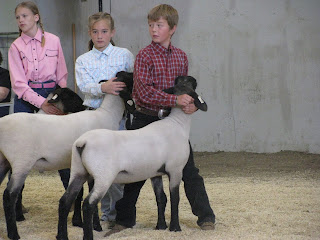 Saturday night we headed down to Yakima to watch Travis race. Campbell loves going to the races there because Lightning McQueen is always there :) It was so cold with that wind, it was just miserable. Campbell was coming down with a cold and not feeling well and sitting in the freezing wind probably didn't help. Travis started on the pole and held that position for awhile, before eventually breaking a rear end. It was a bummer! But, our friend Jason Fraser won his first race so that was pretty exciting.

Sunday morning I got ready and went back to Yakima since Jay was racing. It was another cold day, so unusual for Labor Day on that side of the mountains. Jay was happy with his car in practice which was so good because he doesn't like that track and has never done well there. He qualified 6th and caught the invert so he started on the pole. The car was still good in the practice session right before the race, but when he took the green flag, it was pretty clear something was wrong. He tried to stay out and wait for a caution, but eventually brought the car in and figured out he had a broken upper control arm. Racing is so frustrating some times, especially this year. It just seems like it's always something. So, back to the shop to get the car ready for the Wenatchee 200 on the 13th. Jay loves that track and that's where he got his first Tour victory so I'm hoping he has a good run there.

Monday I went back to Ellensburg and spent most of the day with Travis, Budah and Todd. We went and had lunch, went and got some ice cream and then went home and watched TV before Budah and I left for home.

It was a nice weekend and I can't believe September is already here! Pretty soon it will be Halloween, then Thanksgiving..and dare I say it..CHRISTMAS :) Only 112 days!